Power to the Vanguard is an exhibition presenting original printed paper materials from radical Left movements and liberation struggles from around the world (1963-1987). This includes unique prints, posters, paper ephemera, broadsides, pamphlets, buttons, and rare newspapers from movements from El Salvador to Ireland to Mozambique. The exhibition also showcases items printed by movements based in Detroit, a city that was at the center of political struggles of the 1970s.

Printed materials were essential organizing tools for a generation of activists around the world who were shaped by the anti-colonial struggles of Africa, Asia, and Latin America, the Black liberation struggle in the United States, and the feminist movement. This was an era, approximately 25 years beginning in the early 1960’s, when guerrilla insurgencies were winning victories from Angola to Vietnam, when wildcat strikes were shaking cities from Detroit to Milan, and when a new generation was studying Marxist politics and trying to organize for revolutionary change. Power to the Vanguard illustrates the myriad ways that anti-colonial, Marxist, feminist, and Black liberation movements became intertwined and influenced and radicalized each other.

The visually striking and historically significant printed materials presented in this exhibition have been selected from the vast personal archive of collector and rare book specialist Brad Duncan, who is a nationally recognized authority on the publications and periodicals of the international radical Left.

Duncan works at the Kislak Center for Special Collections, Rare Books and Manuscripts at the University of Pennsylvania in Philadelphia. His roots are in Detroit, as a prolific collector of books and paper ephemera and as a political activist with longstanding associations with the labor and socialist movements. Duncan’s writings on history and radical culture can be read in Against the Current magazine and heard on KBOO in Portland, Oregon. His current position at the University of Pennsylvania focuses on organizing the archive of the Gotham Book Mart (1920-2005), one of the century’s most important bookstores for experimental literature. 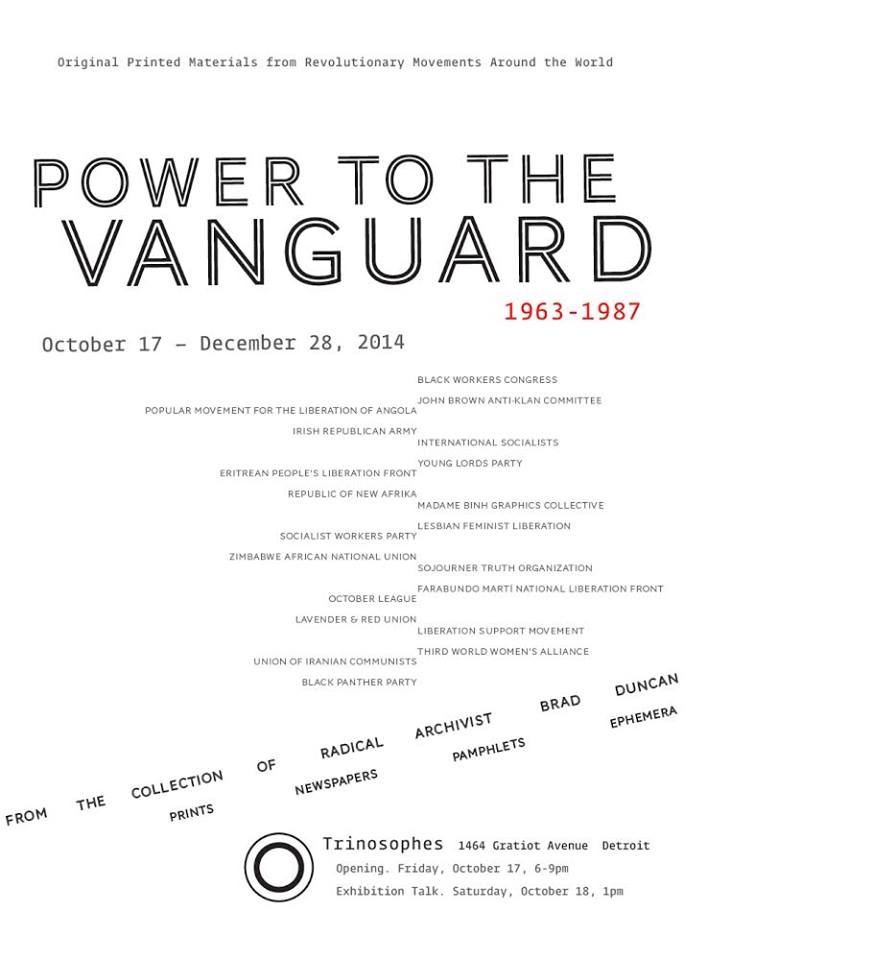